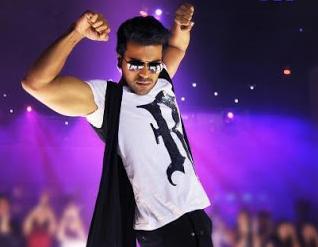 Well, this is an overemphasized expression to praise Mega Powerstar Ram Charan. But Zanjeer director is clean bowled to Ram Charan steps and therefore this statement was given by him.

Recently, there was a shoot on Charan for a song in his Bollywood debut film 'Zanjeer' in Mumbai. This song is titled as 'Mumbai Ke Hero' and it happens to be the introduction song of Charan in the film. Until now, the director knew charan skills in Action and emotional scenes, but never witnessed his dance. For the first time, the director has seen Charan dancing on the sets and was enthralled with his dancing style which reminded him "King of Pop" Michael Jackson and he went on further saying that Charan is the 'baap' of Jackson.

Looks like, Charan is putting all his effort and talent in 'Zanjeer' to make bollywood glance on him. Till now, Bollywood has admired Hrithik Roshan dance steps to the core and may be Charan will break that ice soon.