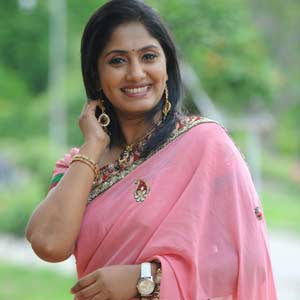 Popular Telugu TV Anchor Jhansi is shifting towards new phase . She is well settled in TV and appearing  in big screen occasionally  as a character artist and earned  good name as well. She took a big step by testing her luck in production.

She is co-producing an English movie ‘All I Want Is Everything’. The film’s story is an women oriented subject and is based on the friendship between three women played by Sagari Venkata, Sampada Harkara and Lantha Mitchell. Shital Morjaria, who is an executive producer at TV9 is directing the film. Pahlevan Zade is composing the music and Shyam Prasad Vasili. The full runtime of the film is just 62 minutes. It is lined up  to release on March 8th which is a Women’s Day.

Jhansi and Shital are really good friends, they worked together for TV9 program ‘Naveena’ which mainly focuses on women issues and society. Hope their combination works in production as well.