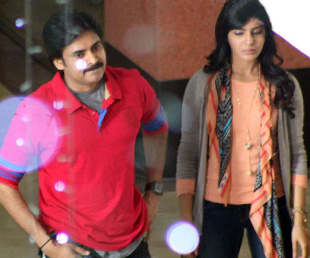 The film unit has just finished its shoot in Pollachi and Samantha will be heading to promote her movie Jabardasth which is going to release tomorrow.

By seeing Samantha's confidence, fans are building high hopes on the movie. We have to wait and see how Pawan is gonna mesmerize the fans this time.
Posted by cinevedika news
Share to: